ANN ARBOR, Michigan, April 6, 2020 /PRNewswire-HISPANIC PR WIRE/ — Domino’s Pizza, Inc. (NYSE: DPZ) and its nationwide system of franchisees are banding together during this unprecedented crisis to do something we already do well every day – feeding people pizza. Domino’s company-owned and franchised stores throughout the U.S. will donate roughly 10 million slices of pizza within their local… 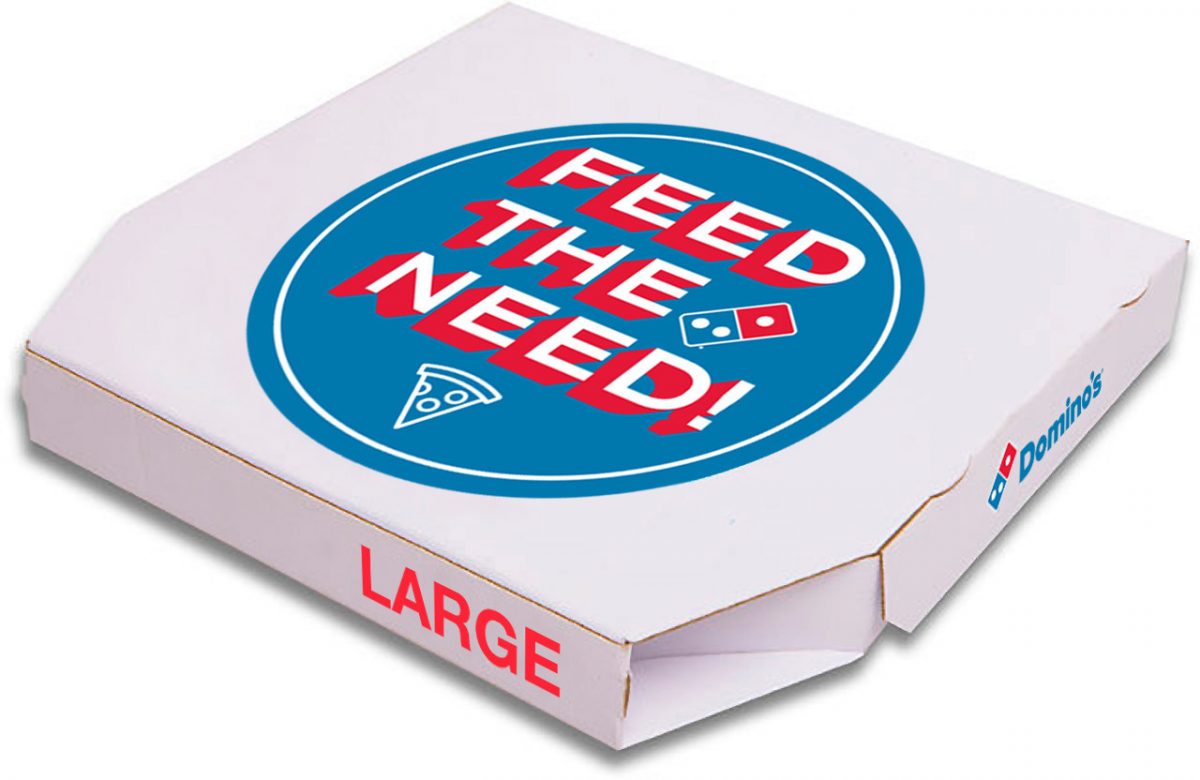 ANN ARBOR, Michigan, April 6, 2020 /PRNewswire-HISPANIC PR WIRE/ — Domino’s Pizza, Inc. (NYSE: DPZ) and its nationwide system of franchisees are banding together during this unprecedented crisis to do something we already do well every day – feeding people pizza. Domino’s company-owned and franchised stores throughout the U.S. will donate roughly 10 million slices of pizza within their local communities, starting this week. 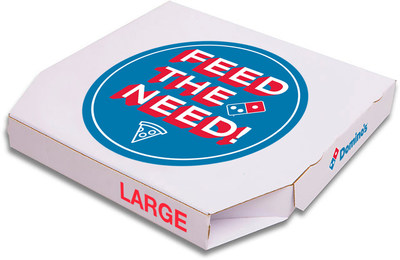 Domino’s is partnering with its franchisees as part of this national effort, so that hospitals and medical centers, schoolkids and their families, health departments, grocery store workers, and others in need can enjoy a hot, delicious pizza. Domino’s franchisees, corporate managers and their local store employees know their neighborhoods best and will begin feeding the need they see around them this week by providing pizza to the people and organizations that are meaningful to their communities. All 6,126 stores nationwide are expected to be a part of this effort.

«We have a long history of feeding people during times of crisis and uncertainty. When we were looking at how we could help, we knew we could use the reach of our national brand to make a difference in thousands of local neighborhoods,» said Russell Weiner, Domino’s chief operating officer and president of the Americas. «We have franchisees and company-owned stores all over the country already doing amazing work in their communities and we know that by amplifying those efforts together we will be able to help even more people who are struggling right now.»

Domino’s franchisees are already out helping their local communities.

«We empowered our managers to look for opportunities in their local neighborhoods to donate pizzas to those in need,» said Domino’s franchisee Pat Farmer, who owns stores in the Seattle–Tacoma area. «It could be for families, frontline workers or even those showing up to work at our grocery stores. Stores are now actively looking for who they can help next. They have pride in how they’re making a difference during difficult times.»

«We take our responsibility seriously and we are honored that we can provide meals to those in need, as well as those who are working to save lives during this difficult time,» said Memphis-area Domino’s franchisee Jason Shifflett.

Shifflett has committed to donating an additional 1,000 pizzas to those in need in his community. San Diego franchisee Shane Casey is matching the 1,000-pizza commitment in his Southern California neighborhoods.  Franchisee Jim Gronemann has already personally handed out pizzas to families in LaPorte, Indiana and has pledged to do so weekly. Domino’s will continue to share stories of franchisees and corporate store teams who are making a difference in their communities at biz.dominos.com/web/media/stories.

About Domino’s Pizza®
Founded in 1960, Domino’s Pizza is the largest pizza company in the world based on retail sales, with a significant business in both delivery and carryout pizza. It ranks among the world’s top public restaurant brands with a global enterprise of more than 17,000 stores in over 90 markets. Domino’s had global retail sales of over $14.3 billion in 2019, with over $7.0 billion in the U.S. and nearly $7.3 billion internationally. In the fourth quarter of 2019, Domino’s had global retail sales of over $4.5 billion, with over $2.2 billion in the U.S. and over $2.3 billion internationally. Its system is comprised of independent franchise owners who accounted for 98% of Domino’s stores as of the fourth quarter of 2019. Emphasis on technology innovation helped Domino’s achieve more than half of all global retail sales in 2019 from digital channels, primarily online ordering and mobile applications. In the U.S., Domino’s generates over 65% of sales via digital channels and has developed several innovative ordering platforms, including those developed for Google Home, Facebook Messenger, Apple Watch, Amazon Echo and Twitter – as well as Domino’s Hotspots®, an ordering platform featuring over 200,000 unique, non-traditional delivery locations. In June 2019, through an announced partnership with Nuro, Domino’s furthered its exploration and testing of autonomous pizza delivery. In late 2019, Domino’s opened the Domino’s Innovation Garage adjacent to its headquarters in Ann Arbor, Michigan, to fuel continued technology and operational innovation – while also launching its GPS technology, allowing customers to follow the progress of the delivery driver from store to doorstep.