LOS ANGELES, April 13, 2020 /PRNewswire/ — During this time of uncertainty due to the COVID-19 pandemic, Grammy Award Winner, Pitbull, in collaboration with Haim Saban’s label, Saban Music Group, have risen to action by creating a genuinely encouraging message of hope and faith, designed to invoke a sense of positivity and strength in people of all ages. «I Believe That We Will Win (World Anthem)» is a song of much-needed inspiration for humanity!

LOS ANGELES, April 13, 2020 /PRNewswire/ — During this time of uncertainty due to the COVID-19 pandemic, Grammy Award Winner, Pitbull, in collaboration with Haim Saban’s label, Saban Music Group, have risen to action by creating a genuinely encouraging message of hope and faith, designed to invoke a sense of positivity and strength in people of all ages. «I Believe That We Will Win (World Anthem)» is a song of much-needed inspiration for humanity! 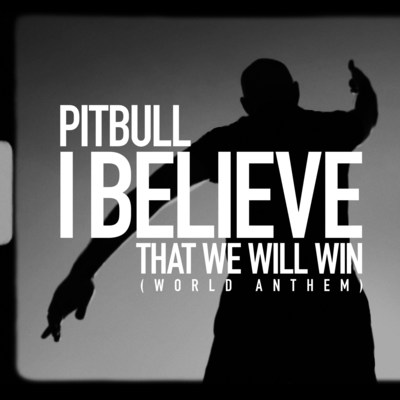 Haim Saban said of the new joint effort: «As Pitbull said it best, ‘now is the time to face everything and rise.’ I am humbled to be part of this movement that unites everyone, even though we MUST stay apart to win the war against this disease. Pitbull knows how to inspire, and collaborating with him on this project was something I knew I had to do. I BELIEVE THAT WE WILL WIN!»

The song will be available worldwide on April 13, 2020, followed by an Official video. The strategy behind the video is to incorporate a call to action that will invite artists, musicians, and entertainers alike to participate. Everyone will be encouraged to create a visual snippet singing the hook/chant while pounding their chest and then having them upload it to all their social platforms. A portion of the proceeds from the song will go to the charities, Feeding America, and the Tony Robbins Foundation.

«Let’s show the world how powerful it is when we come together to fight for one cause – that’s called life,» announced Pitbull when teasing the new track.

«There’s no better partner than Haim Saban and his team to motivate our world,» said Armando Christian Perez (Pitbull). «Together, we will show the world how to Face Everything And Rise (FEAR).»

Pitbull invites disruption on a global scale as a GRAMMY®-winning independent international superstar, education advocate, business entrepreneur, and motivational speaker. With countless awards, dozens of international number ones, hundreds of gold and platinum certifications, single sales of over 80 million, and cumulative views above 15 billion, one of the most impressive careers in music history have set the stage for him to make real change.  Pitbull successfully helped establish the Sports Leadership Arts and Management (SLAM!) tuition-free public charter schools across the country. He was honored by the United Nations General Assembly on behalf of Clean Water Here.  He is a partner in eMerge Americas, the annual tech and innovation summit held in Miami. And he was honored alongside music legends as well as Nobel Peace Prize and Pulitzer Prize winners at the 2019 International Achievement Summit. Pitbull and Horizon Media have partnered to launch 305 Worldwide, a new multicultural marketing agency. The first partnership secured through 305 Worldwide is Pitbull’s multiplatform marketing collaboration with Boost Mobile. Pitbull has performed for millions worldwide and even joined forces with the #1 life and business strategist, Tony Robbins, for numerous engagements around the globe. He maximizes his own creative, entrepreneurial and personal freedom yet again on the Latin album LIBERTAD 548 — his first project released independently under his own Mr. 305 Records on September 27, 2019

Saban Music Group LLC (SMG) is a global music entertainment company based in Los Angeles, California. SMG was founded in 2019 by Haim Saban, Chairman and Chief Executive Officer of Saban Capital Group LLC and a worldwide pioneer and leader in the entertainment industry. SMG captures the globalization of music by identifying, signing, and developing artists with international appeal. Earlier this year, SMG announced a global distribution and marketing agreement with Universal Music Group (UMG), the world leader in music-based entertainment.

Spearheaded by industry veteran Gustavo Lopez, SMG has been signing artists and developing content for the global music audiences since its launch. The music entertainment firm is committed to providing resources for both local as well as international artists through its 360 model. The company operates in many pillars, including recorded music, publishing, touring, management and acquisitions. SMG’s global artist roster includes Static & Ben El (Israel), Mergui (Israel), Marie Monti (France), Chesca (Puerto Rico), and Reykon (Colombia), to name a few.