BURBANK, California, July 16, 2020 /PRNewswire-HISPANIC PR WIRE/ — KCET, Southern California’s home for award-winning public media programming, today announced IN CONCERT AT THE HOLLYWOOD BOWL, a new weekly music series produced in partnership with the Los Angeles Philharmonic Association. On May 13, the 2020 season of the Hollywood Bowl was officially cancelled for the first time in its 98-year history in… 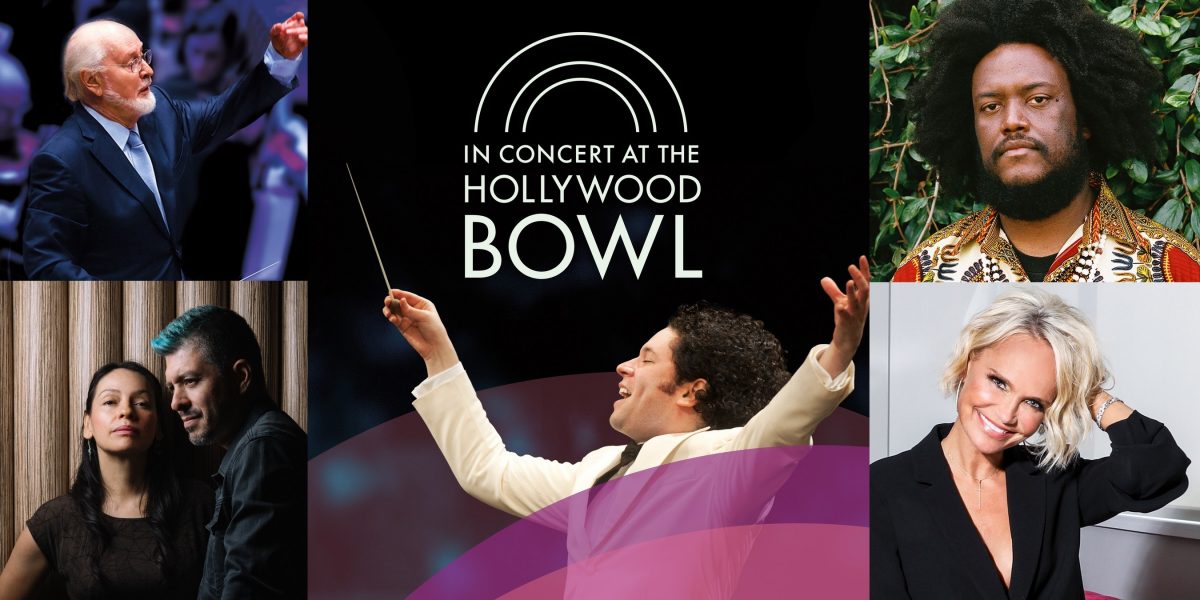 BURBANK, California, July 16, 2020 /PRNewswire-HISPANIC PR WIRE/ — KCET, Southern California’s home for award-winning public media programming, today announced IN CONCERT AT THE HOLLYWOOD BOWL, a new weekly music series produced in partnership with the Los Angeles Philharmonic Association. On May 13, the 2020 season of the Hollywood Bowl was officially cancelled for the first time in its 98-year history in an effort to protect artists, audiences and staff from the spread of COVID-19. This new television series will allow viewers to experience iconic moments from the LA Phil archives at the Hollywood Bowl, since attending in-person is currently not an option. Six episodes featuring the «best of» live performances from the past 10 years at the Bowl will be hosted by LA Phil’s Music and Artistic Director Gustavo Dudamel. IN CONCERT AT THE HOLLYWOOD BOWL premieres on Wed., August 19, at 9 p.m. PT on KCET, will encore beginning Fri., August 21 at 8 p.m. PT on PBS SoCal and runs through the end of September (roughly the same time the summer concert season at the Bowl typically ends). The program will be broadcast to PBS Stations nationwide in early 2021. 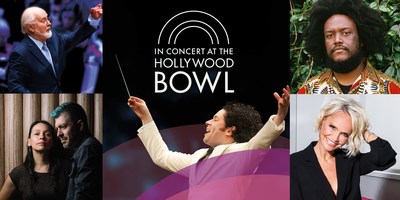 «The LA Phil is an iconic institution and experiencing the summer concert series at the Hollywood Bowl is an unforgettable moment for so many Angelenos. We are excited that this collaboration will help bring arts and culture to millions of viewers at home during a time when it’s needed most by our community,» said Chief Creative Officer of KCET Juan Devis. «Southern California is home to one of the most important cultural communities in the world, and we have an undeniably important responsibility to share these iconic performances from past years with the community and with audiences nationwide.»

President of the Hollywood Bowl and Chief Operating Officer of the Los Angeles Philharmonic Association Gail Samuel said, «KCET plays a vital role in the cultural life of Southern California—they have been telling our stories for more than 50 years. When the Hollywood Bowl went dark for the first time in its nearly century-long history as a result of the pandemic, we were devastated, as were the thousands of families who have made the Bowl a summertime tradition for generations. With KCET’s partnership, we will be able to have a Hollywood Bowl season after all—right in the living rooms of music fans here in Southern California and across the country.»

Upcoming episodes of IN CONCERT AT THE HOLLYWOOD BOWL will air as follows (subject to change):

The new series IN CONCERT AT THE HOLLYWOOD BOWL will be included in a robust Wednesday night of programming for KCET designed to highlight the resilience of the arts community. Under the theme «Create Wednesday,» the schedule will also feature popular Arts and Culture programs that have previously aired on KCET and PBS that include KCET’s Emmy® award-winning Original arts series ARTBOUND and student film showcase FINE CUT as well as America’s preeminent performing arts television series from PBS, GREAT PERFORMANCES. The lineup also includes the new local weekly series SOUTHLAND SESSIONS which celebrates the creativity and spirit of Los Angeles’ arts and culture communities by featuring a diverse spectrum of content from a variety of prominent voices from around Southern California for up-close, virtual «sessions.»

One of the largest natural amphitheaters in the world, with a seating capacity of nearly 18,000, the Hollywood Bowl has been the summer home of the Los Angeles Philharmonic since its official opening in 1922 and plays host to the finest artists from all genres of music, offering something for everyone. In February 2018, the Hollywood Bowl was named Best Major Outdoor Concert Venue for the 14th year in a row at the 29th Annual Pollstar Awards, and in November 2018 was awarded the Top Amphitheater prize at the 2018 Billboard Live Music Awards for the second consecutive year. For millions of music lovers across Southern California, the Hollywood Bowl is synonymous with summer.

For updates, follow @KCET @LAPhil and #InConcertAtTheHollywoodBowl on social media.

ABOUT KCET
On-air, online and in the community, KCET plays a vital role in the cultural and educational enrichment of Southern and Central California. KCET offers a wide range of award-winning local programming as well as the finest public television programs from around the world. Throughout its 54-year history, KCET has won hundreds of major awards for its local and regional news and public affairs programming, its national drama and documentary productions, its quality educational family and children’s programs, its outreach and community services and its website, kcet.org. KCET is a donor-supported community institution. For additional information about KCET productions, web-exclusive content, programming schedules and community events, please visit kcet.org. Select original programming from KCET is also available for streaming on Apple TV, YouTube, Amazon and Roku platforms. For more information please visit kcet.org/apps. KCET is a content channel of the Public Media Group of Southern California.

ABOUT The Los Angeles Philharmonic
The Los Angeles Philharmonic Association, under the vibrant leadership of Music & Artistic Director Gustavo Dudamel, presents an inspiring array of live performances – orchestral, pop, rock, country, jazz, blues, Latin, world music, opera, chamber, Baroque, organ and celebrity recitals, theatrical performances, explorations of film music, dance, comedy, groundbreaking multimedia productions and an unmatched commitment to commissioning and performing music from the composers of today – at three of L.A.’s iconic venues, Walt Disney Concert Hall (laphil.com), the Hollywood Bowl (hollywoodbowl.com) and The Ford (theford.com). The LA Phil’s season at Walt Disney Concert Hall extends from September to June and at the Hollywood Bowl and the Ford Theatre throughout the summer. With the preeminent Los Angeles Philharmonic at the foundation of its offerings, the LA Phil aims to enrich and transform lives through music, with a robust mix of artistic, education and community programs.

Select programming will also be available to stream on PBS platforms, including PBS.org and the free PBS Video App.
PBS station members get extended access to select programming via Passport.