PLANO, Ill., Feb. 17, 2021 /PRNewswire/ — Today City of Plano officials announced that its 1.1 MW Solar Farm, which was fully «Energized» in late 2019, is performing as expected.  The ground and roof mounted Solar system will generate over 1.2 million kilowatt hours (kWh) per year and provide power to the Water Treatment Plant. «The City of Plano and their consultant Progressive Business Solutions reviewed several potential locations and ultimately decided… 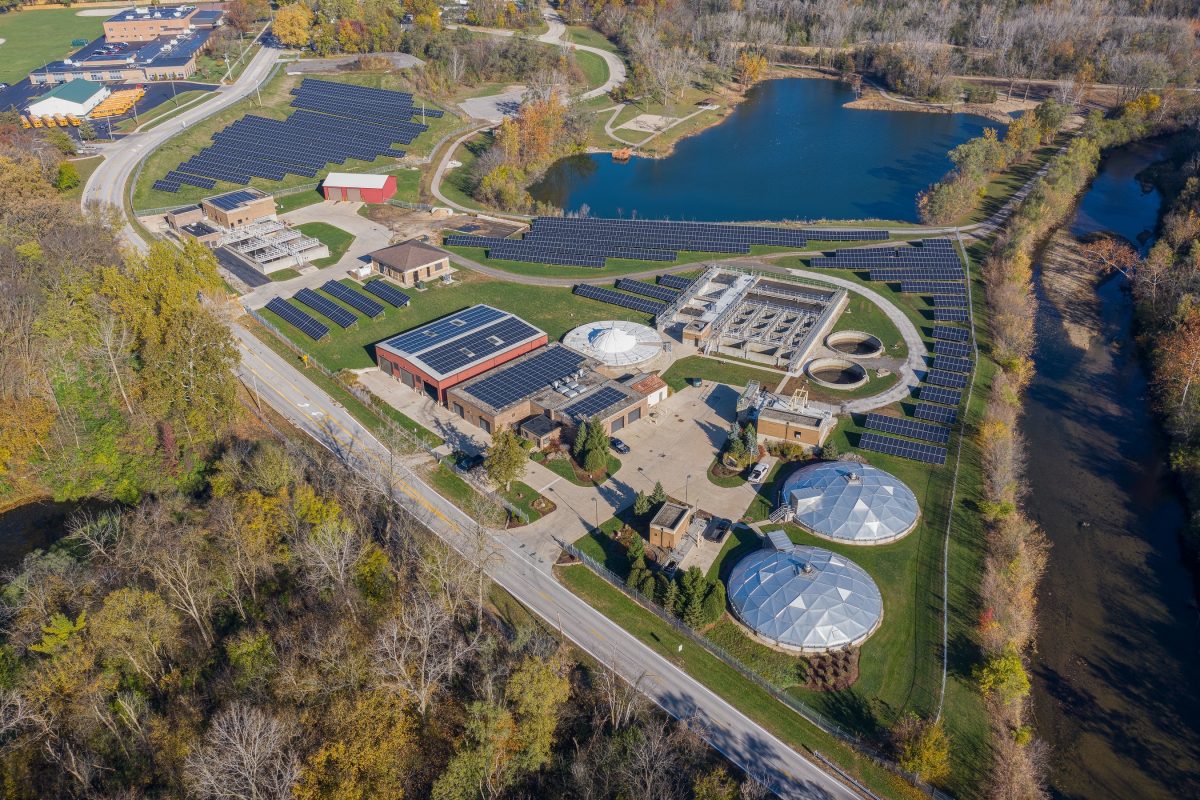 PLANO, Ill., Feb. 17, 2021 /PRNewswire/ — Today City of Plano officials announced that its 1.1 MW Solar Farm, which was fully «Energized» in late 2019, is performing as expected.  The ground and roof mounted Solar system will generate over 1.2 million kilowatt hours (kWh) per year and provide power to the Water Treatment Plant. «The City of Plano and their consultant Progressive Business Solutions reviewed several potential locations and ultimately decided the best fit was to use vacant land next to the current water treatment plant.  The solar field has helped the City save money, reduce our dependence on traditional fossil fuels and provides a good example of how the City of Plano continues to be environmental stewards for today and the future,» said Robert Hausler, Mayor, City of Plano. 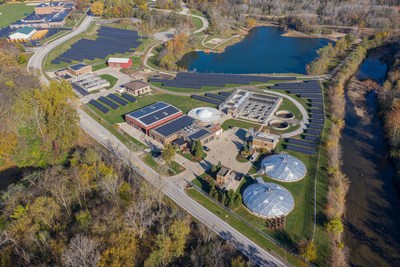 Project Funding and Development
Funds were made available in 2019 and 2020 from the Adjustable Block Program under the Future Energy Jobs Act (FEJA), passed in December of 2016.  Area residents, businesses, governmental organizations and non-profits all pay into a renewable energy fund, which is collected on each customer’s monthly ComEd bill. The available funds were highly competitive in that less than 30% of the applications submitted received approval.  «We are pleased to have delivered on our commitment to develop projects that provide environmentally friendly low-cost power for the City of Plano,» said Chris Childress, Development Director Progressive Business Solutions.  Plano’s Solar Farm joins Kendall County, Fox Metro Water Reclamation, and Mooseheart Child City as the largest «behind the meter» solar development in Chicagoland’s Fox Valley Area.  The Solar Field was built, owned and operated by WCP Solar of Naperville, IL who was the successful low bidder.  «This development will generate over 1.2 million kWh per year and 30 million kWh over the term of the project.  For reference, the average home consumes around 10,000 kWh per year,» Said Dr. Everton Walters, President of WCP Solar. «We appreciate being selected by the City of Plano and are pleased to get this project online and energized.»

«No new taxpayer dollars were used to build the Solar Fields,» said Arnie Schramel, Managing Partner Progressive Business Solutions.  «We helped originate, competitively bid the solar field construction, and found the financial resources to fund the project.  The City of Plano will receive approximate 65% of its power from the field to run the Water Treatment Facility at a cost, substantially below market for a period of 25 years,» per Mr. Schramel.

Carbon Emissions Reduction
Cost reduction is not the only benefit for the Community.  By generating over 30 million kWh during the project, it will reduce Carbon Emissions by over 8,484 metric tons.  According to the EPA Greenhouse Gas Equivalency Calculator, that is equivalent to eliminating over 9,135 passenger cars or eliminating 23 million gallons of gasoline.

About the City of Plano, IL

Plano is a U.S. City in Kendall County, IL with a population of 10,856 at the 2010 census, nearly doubling from its size from 2000. It is part of the Chicago metropolitan area.  The city was home to the Plano Harvester Company in the late nineteenth century, as well as the Plano Molding Company more recently. In 2011, downtown Plano was used as a set for Man of Steel.  Visit our website at www.cityofplanoil.com.

WCP Solar is a licensed, bonded, and insured full-service engineering firm that specializes in the design, development, and installation of Solar Photovoltaic and Thermal Systems. For more information visit www.wcpsolar.com

WHY IS THIS HAPPENING NOW IN ILLINOIS?

With the passage of the Future Energy Jobs Act (FEJA) of 2016 Solar became a financially viable option for Illinois consumers. With the passage of the FEJA a fund was established to create Renewable Energy Credits (REC’s) that would be given to Solar Companies to help offset the cost of building the solar fields. Illinois has a renewable energy goal of 25 percent of all electricity by 2026 and Behind the Meter Solar projects such as this one, will help meet this goal.

All residents, business, governmental organizations and non-profits pay into a renewable energy fund which is collected on customer’s ComEd and Ameren bill.  By being selected the City of Plano was able to recapture some of the money collected and put it to work for the taxpayer reducing the County’s electric cost.

WAS THIS PROJECT COMPETATIVELY BID?

This project was competitively bid to ensure that the lowest qualified bidder was chosen.  WCP Solar was chosen from more than 10 solar companies who inquired or presented a bid and participated in the site visit.

HOW DID THE PROJECT CREATE LOCAL JOBS?

Progressive Business Solutions regularly works with local businesses to develop and construct solar facilities.  This solar field was designed, constructed, and financed by WCP Solar an Illinois Company located in Naperville.  Illinois companies provided services including but not limited to development, engineering, construction, and site preparation.  The solar industry included over 250,000 workers in 2019.  Since the first Solar Jobs Census was published, American solar jobs have increased 167% since 2010.

IS THERE A DANGER FOR THE LOCAL COMMUNITY?

No, A security fence surrounds the solar energy facility in accordance with the City of Plano’s applicable electrical and building codes.

WILL ENDANGERED SPECIES BE IMPACTED?

No, Prior to project construction, a development team screened the site for potential impacts to federal and state listed species, including a comprehensive tree study.

DOES THE SOLAR PROJECT PRODUCE LIGHT OR GLARE?

Only a security light for property access. The solar project itself does not produce any light. It actually absorbs light to create energy. As a result, solar panel are designed to minimize glare.

WILL THE SOLAR PROJECT PRODUCE ANY NOISE?

WHAT OTHER COMMUNITIES ARE DOING THIS?

The City of Plano, Kendall County, Fox Metro Water Reclamation District, all Kendall County Municipalities were selected to participate in this program.  Additionally, Mooseheart Child City in Kane County was selected. Together these solar fields represent Chicagoland’s Largest Solar Development located in the Fox Valley.  All four fields and are operating as expected.  Together these solar fields will generate $14.5 million dollars in lower electric costs and generate over 255 Million kWh of environmentally friendly energy.  100% of the solar projects developed by Progressive Business Solutions received funding and are «Energized» and fully operational.

IS IT TO LATE TO PARTICIPATE?

Although the initial round of funding is closed.  Progressive Business Solutions is currently working with area Municipal and Business leaders to ensure that they are included in the next round of funding which is expected to be in Mid 2021 or 2022.  The State Legislature is currently considering how to repopulate the FEJA fund.  It is important to get your project application submitted to ensure you are on a waitlist when the new funding is approved.  If you wait until the rules/funding becomes available you are likely to be too late as the waitlist candidates have been made a priority in the past.