BEIJING, March 12, 2020 /PRNewswire/ — iQIYI, Inc. (NASDAQ: IQ) («iQIYI» or the «Company»), an innovative market-leading online entertainment service in China, today officially launched the second season of its original hit variety show Youth with You («Youth with You 2» or the «Show»), which is created by iQIYI, co-created by Caviar Communications and Weibo, and co-produced by Caviar Communications and iQIYI Fancy Monster Studio. The show will be… 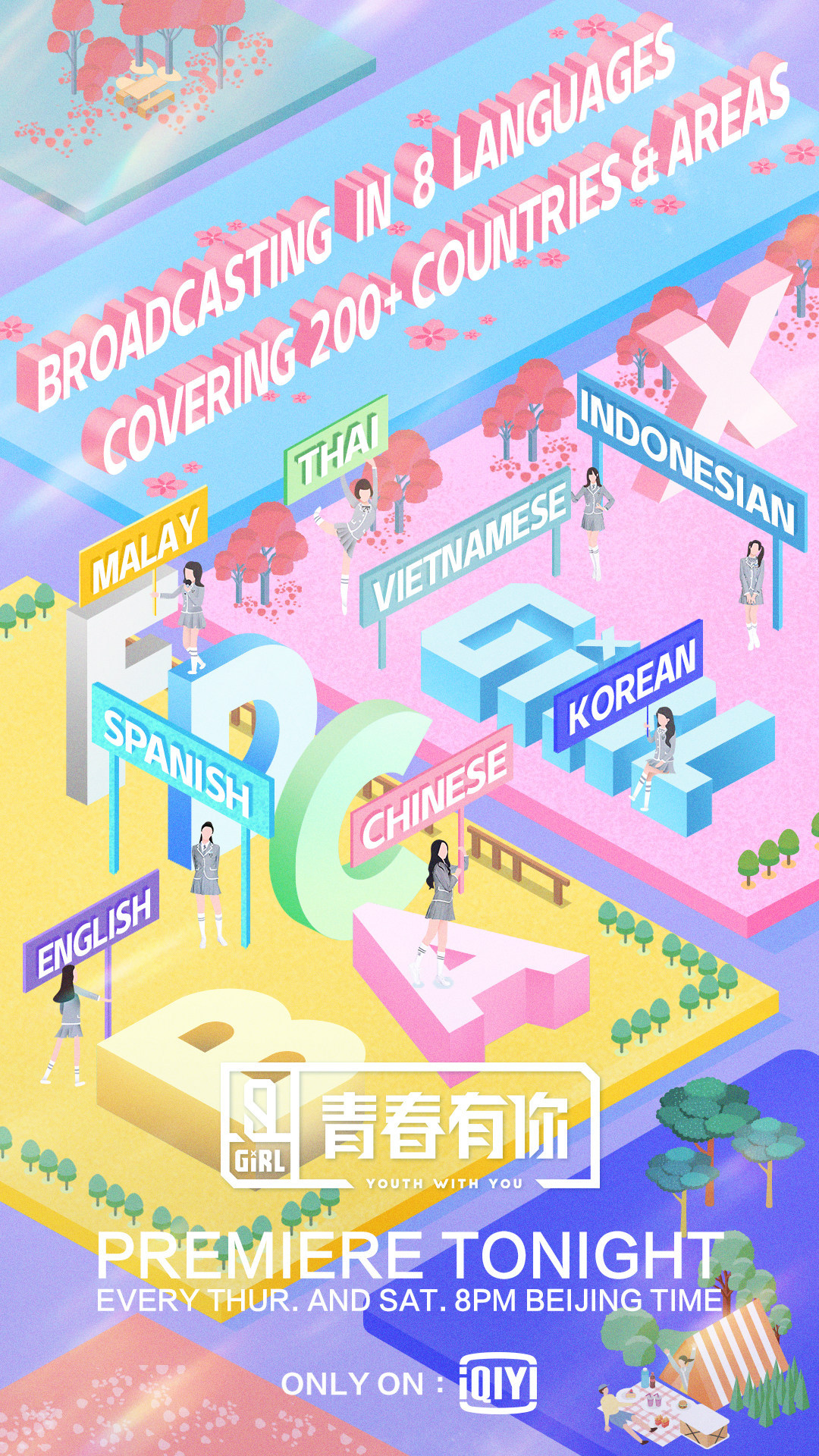 BEIJING, March 12, 2020 /PRNewswire/ — iQIYI, Inc. (NASDAQ: IQ) («iQIYI» or the «Company»), an innovative market-leading online entertainment service in China, today officially launched the second season of its original hit variety show Youth with You («Youth with You 2» or the «Show»), which is created by iQIYI, co-created by Caviar Communications and Weibo, and co-produced by Caviar Communications and iQIYI Fancy Monster Studio. The show will be exclusively released on iQIYI, QIYIGUO TV and international iQIYI. 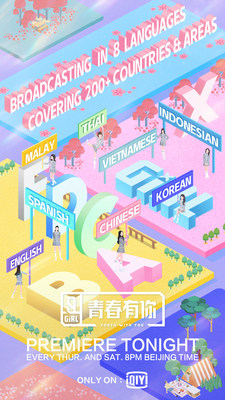 As iQIYI’s first original hit variety show released in 2020, Youth with You 2 is an idol-selection show that brings together 108 female idol trainees for training and competition, of which at the end, only a few trainees are selected through viewers’ votes to debut as an idol group. By utilizing innovations and upgrades in content, interaction-based features, technological integrations and IP spin-offs, the show offers audiences a new interactive and immersive entertainment experience. Besides, iQIYI will also roll out VIP exclusive spin-off contents including two variety shows during the run of Youth with You 2.

Global streaming with subtitles in multiple languages, the Show generates widespread discussion prior to its release

As an iQIYI original IP, the Youth with You franchise has garnered critical acclaim from global audiences. With its all-star cast such as Youth Producer KUN, the champion of Idol Producer and mentor LISA from the international idol group BLACKPINK, and the participation of 46 talent agencies and 108 trainees, the show has attracted fans from both in China and abroad even before its debut. Since the production of the Show was officially announced, discussions around related topics had topped multiple social media rankings in China, including Weibo, TikTok and Zhihu’s trending topics, as well as becoming Twitter’s Global Top 1 trending topic.

Youth with You 2 is also the first iQIYI original variety show to be produced in accordance with local content production standards of oversea markets. For example, post-production for the Show, on top of its original Chinese version, is simultaneously carried out in English and Thai to better localize the content for viewers in those markets. In addition, subtitles in Chinese, English, Thai, Vietnamese, Indonesia, Malay, Spanish and Korean for the show are available on the international iQIYI. At the same time, iQIYI has opened official social media accounts for the Show to interact with its global audiences on YouTube, Facebook and Instagram. iQIYI’s strategic partner Astro, Malaysia’s leading media brand, will also leverage its platforms to promote the Show. This would effectively improve the viewing experience and diversify the show interactions made available to overseas users.

Under the rapid development of the Chinese idol industry, iQIYI took notice of the lack of exposure given to the female idol trainee market and decided to zoom in on the market through Youth with You 2. By reinventing the reality show format, Youth with You 2 brings to life the challenging journey female trainees undergo throughout the Show, presenting to these trainees the path to becoming a household name while contributing to the sustainable development of the idol industry.

Leveraging iQIYI’s original content production capabilities and innovative genes, Youth with You 2 reinvents the Show’s format and competition segments. Centering around the themes of «self-interpretation» and the «undefined-self», the Show manages to unleash the full potential of the trainees.

In Youth with You 2, iQIYI applies its advantages in innovation and technology to aspects including production, broadcasting and marketing. This combined with the utilization of the Company’s industry chain development, iQIYI manages to heighten the viewing experience and commercial value of the Youth with You IP franchise.

For example, AR, Qiguan and interactive features are used to create a more immersive viewing experience for audiences. The AR-driven «holding hands» interaction video function allows viewers to film short videos that feature virtual footage of trainees from the Show; Qiguan uses AI technology scans and identifies trainees that the viewer is interested in and provides related background and information that helps the viewer better understand the trainees; the Show has also partnered with iQIYI Suike app to provide viewers access to interactive short video featuring content from the Show, meeting the viewers’ diverse interactive needs with these trainee idols.

In addition, the Show’s spin-off comic book series Youth with You: Flower Girl was launched on March 12 in the iQIYI Comic App, offering viewers an entertainment content experience that goes beyond the Show itself. 98 trainees from the Show have also been made makeup ambassadors of Zeal Beauty, iQIYI’s new makeup social application. As makeup ambassadors, these trainees will upload makeup-related tutorials or tips to Zeal Beauty, allowing fans and audiences to gain further insight into the lives and personalities of these trainees.

In recent years, iQIYI has continuously produced inspirational variety content, such as Idol Producer and Youth with You, which focused on youth culture. These shows led to the creation of male idol groups such as NINEPERCENT and UNINE, both of which have now achieved worldwide influence. Through Youth with You 2, iQIYI will strive to maximize the value of its technological and commercial capabilities in order to provide viewers and fans of Youth with You 2 with a better entertainment experience.